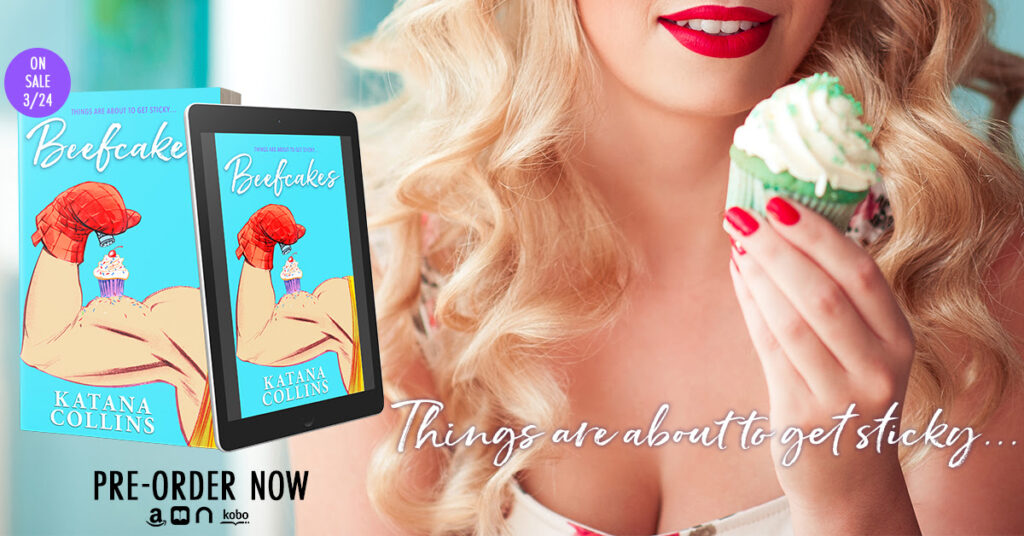 Things are about to get sticky…

I might as well permanently add the label “Ex” to my name. I’m an Ex-Mr. Universe. Ex-Mr. Olympus. An Ex-Hollywood Stuntman. But no one from my small hometown cares anything about that. They only care that I’m the ex-boyfriend to the beloved Mayor’s daughter, Elaina Dyker.

And now, ten years later, I’m back, helping my siblings run my mother’s bakery while she takes on chemo. What should have been a routine cupcake delivery turns into utter chaos when the bachelorette party thinks I’m a stripper. And what’s worse? Elaina is the maid of honor.

Now Hollywood’s knocking again—and this time they want me and my ex, Mr. Beefcake and Ms. Prude, to star in a reality show.

It could solve all my problems—except her.