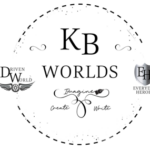 KB Worlds invites you to the COVER and BLURB REVEAL of

Leela Lou Dahlin’s Fireproof is a sexy, contemporary romance that features an older woman dispatcher, with a younger fireman. This book is set in  K. Bromberg’s Everyday Heroes World. 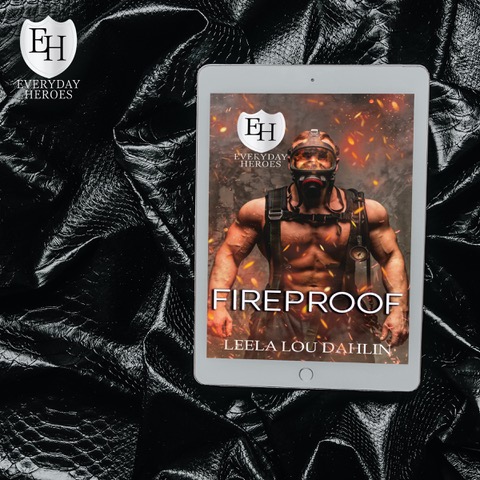 Malia Wingerson has decided that since love, marriage, and 2.5 kids aren’t in her future, she would nurture people another way. With her service to the fire and police department as a dispatcher and with sweet treats. She didn’t date the men she worked with, and that hadn’t been a problem Jett “Jax” Jaxon, a 27-year-old rookie fireman 9 years younger than she, joined the squad. He was practically a kid, but how her body reacted to the interest in his eyes was purely XXX adult. She’s been battling the intense longing pretty well, but when a gas leak leads to an explosion, she finds herself homeless. Who comes to her rescue? The sexiest, flirtiest, “there is no way she can resist him if they were roommates”, Jax. She’d put that man in the friendzone from day one. Most men were intimidated by her intelligence and wit and accepted where she’d placed them in her world, but Jax was different. He had been trying to get his friend status upgraded with each and every sweet gesture and good deed.  Jax wasn’t just a fireman…he was plain Fire.

Jett “Jax” Jaxon has a mind of a genius with the face that could be in magazines, people mistake him for a pretty boy jock. That never mattered to him until he met the dispatcher everyone feared, respected, and told him not to mess with. He fell for Malia on sight. She was older, wiser, and, it was said, not one to date where she worked. He accepted that he wasn’t her type, and they were destined to play out their flirt and reject routine forever. It wasn’t until the day he found out what she really thought about him he knew he had a chance. That same day, she also needed a place to stay. She jokingly liked to tell him that he was pure fire, and she didn’t want to get burned, but that didn’t stop their hot, bold, and secret union.  If what they did in the dark came to light, he wasn’t sure what would happen. Would life as they know it spark and be engulfed in flames, or would they find a way they can remain Fireproof.