He’ll have to be willing to lose everything to save her…
Phoenix by Janie Crouch is available now!
Amazon — getbook.at/PhoenixJC
Apple — https://apple.co/2OCuiZR
Nook — http://bit.ly/3buzKrE
Kobo — http://bit.ly/31KZsUp 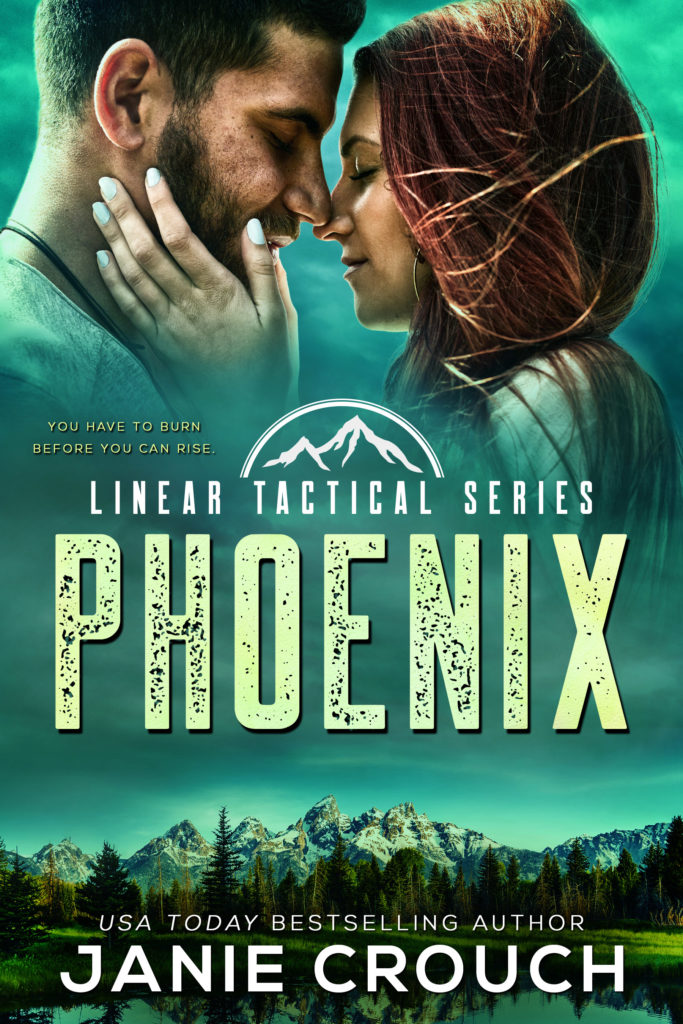 Adrenaline junky.
Adventure traveler.
Extreme sport sensation.They’re all labels Riley Harrison—known to the world as Phoenix—wears as easily as the tattoos covering his body.But it’s his role as undercover operative for Linear Tactical’s kidnap and ransom unit that makes his blood sing. Riley uses his celebrity status to help infiltrate locations and situations nobody else can get into.In. Out. The fight is usually over before the bad guys know it’s begun or that Riley was involved.

But his skills and celebrity status won’t help when he discovers the woman he loves is keeping unbearable secrets and in a danger he never could’ve imagined.

She wants Riley to stay far away from her.

That’s not going to happen.

But he’ll have to be willing to lose everything to save her. To save them.

Phoenix will learn you have to burn before you can rise. 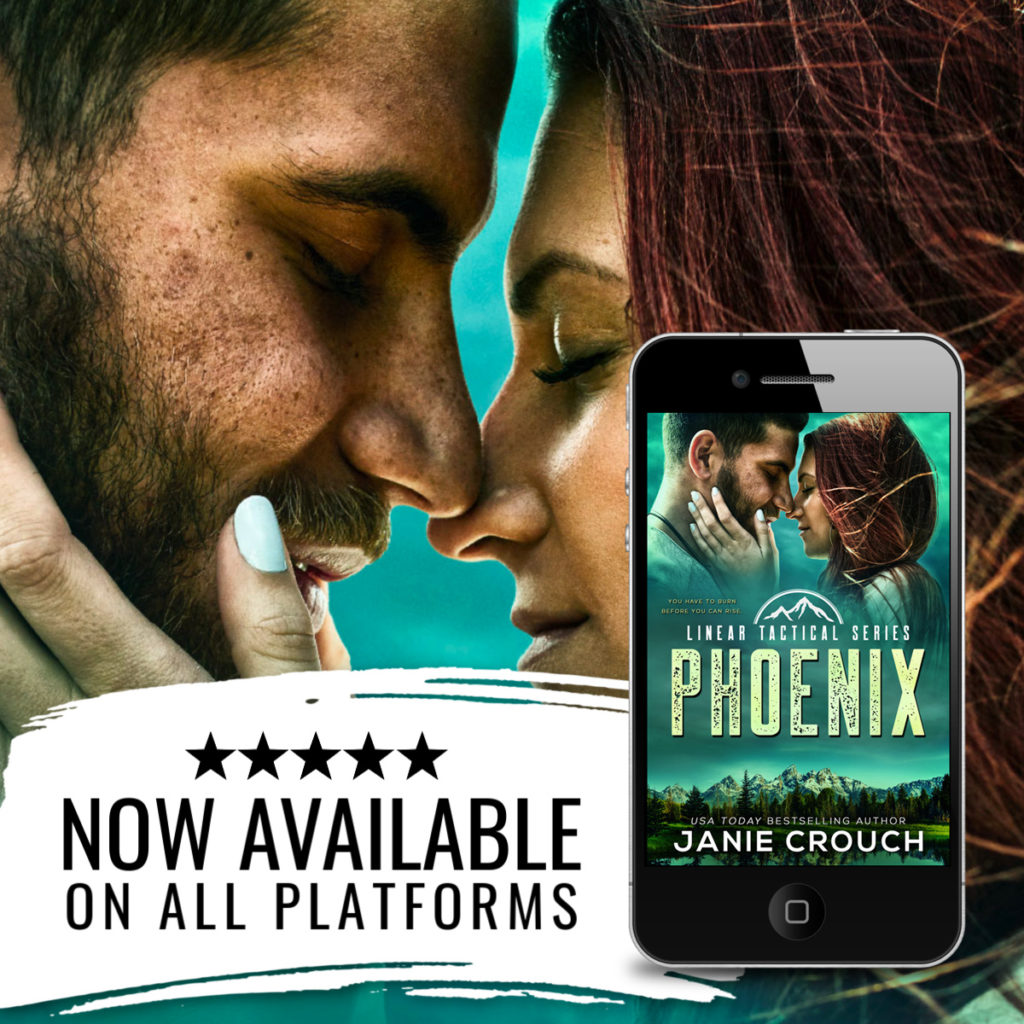 USA TODAY bestselling author Janie Crouch writes what she loves to read: passionate romantic suspense. She is a winner and/or finalist of multiple romance literary awards including the Golden Quill Award for Best Romantic Suspense, the National Reader’s Choice Award, and the coveted RITA© Award by the Romance Writers of America.Janie recently relocated with her husband and their four teenagers to Germany (due to her husband’s job as support for the U.S. Military), after living in Virginia for nearly 20 years. When she’s not listening to the voices in her head (and even when she is), she enjoys engaging in all sorts of crazy adventures (200-mile relay races; Ironman Triathlons, treks to Mt. Everest Base Camp) traveling, and movies of all kinds.