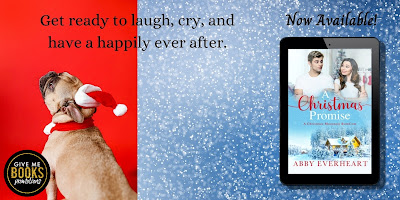 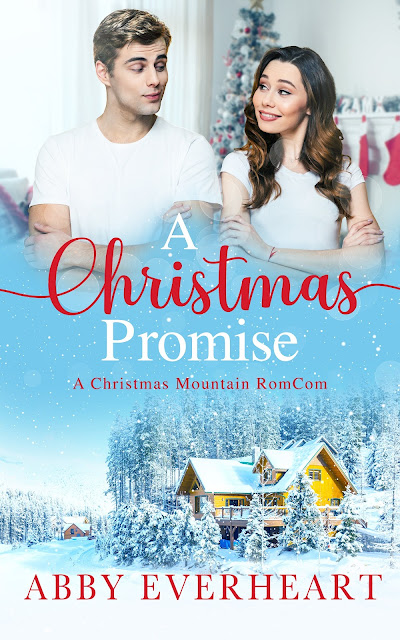 BLURB
Humor with heart. Get ready to laugh, cry, and have a happily ever after.
A pug who loves to eat decorations, a saboteur, and a Christmas wedding. What could go wrong? Get ready for heartwarming second chances and laugh out loud shenanigans.
When May is hired to plan a December wedding, she finds more than she bargained for when her client’s brother walks onto the scene. But May has a goal, and it doesn’t involve snarky doctors.
Chris has two great successes in life. One, he’s built a billion-dollar company. Two, he doesn’t let women drag him into serious relationships. Then he meets his brother’s wedding planner and his perfectly constructed world is turned upside down.
As May and Chris battle each other – and their feelings – they must find the saboteur who’s trying to undermine May’s plans for the Christmas festival, and keep May’s pug from destroying all the decorations.
A Christmas Promise is a complete Christmas romantic comedy standalone in the Christmas Mountain RomCom series.
ADD TO GOODREADS 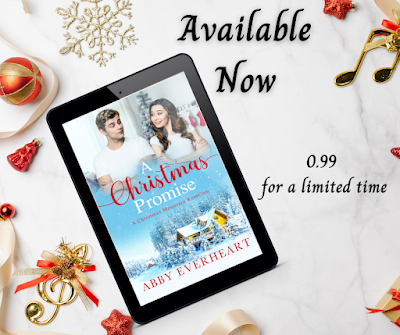 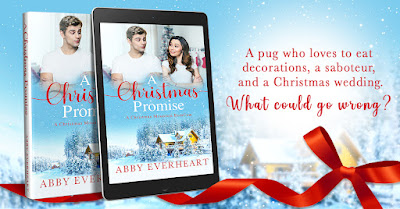 It irked him to no end that his mind wouldn’t cooperate with him and kept flashing images of her as he scrolled through emails and dictated documents to be sent to organizational leadership.
His agony ended with a knock on the door. He opened it, and a gust of freezing air made him grit his teeth and step back. “Come on in before I freeze to death.”
May hesitated, then stepped inside, and he shut the door.
“Coffee?” he offered.
“No, thank you.” She crossed her wrists and folded her hands together, sporting a cute pair of black mittens with red embroidery.
“Are you now going to tell me you run on glitter and stardust instead of caffeine like the rest of us mere mortals?” He poured the rest of his coffee into a thermos.
“Wow, how did you ever guess?”
He wasn’t facing her, so his grin was hidden from her. Yep, he was getting to her. The thought made him far too happy. After throwing on his coat and grabbing his thermos, he opened the door for her, and she delicately stepped out.
“Hmm, maybe it’s fairy dust you run on. You walk like a pixie,” he said behind her.
She turned to look at him and stepped back, away from him.
Why? He took a step to follow her, and it became apparent why she’d given him room. His legs flew out from underneath him, and he landed on his back, his upper body draped over the threshold of the door.
She covered her face with her hand as he caught his breath, and he guessed she was trying not to let him see her laugh.
He sat up, wincing as his rib cage throbbed. May cleared her throat and offered a hand.
“Perhaps you’ll now find it’s a good idea to walk like a delicate pixie when it’s this icy.”
He had to hand it to her—she’d won this round. He took her hand and carefully got his feet under him, trying not to put any weight on her as she attempted to help stabilize him. He looked down at her, changing his grip from her hand to the more stable doorframe. “Don’t think I can’t see the upturn of your lips, lady. Feeling good about my fall, eh?”
She tilted her head and looked up at him with a mischievous smile brushing across her full lips. “You have no idea.”
He huffed a laugh. “Guess I deserve that.”
“Be careful the rest of the way to the car. And I’d suggest sending a message to whoever you’re renting this place from so they can call someone out to lay down some salt.” She stepped away and walked across the porch, holding onto the railing as she descended the stairs.
Taking a breath, he pulled the door closed and eased after her. He didn’t need to fall twice to learn his lesson. One embarrassing episode was enough for today.
“Riley isn’t along today?” Chris asked as they buckled in.
“He’s going to meet me, or us if you want, for dinner. But no, he doesn’t work Saturdays if he’s already worked all week.”
“But you do.”
She glanced at him before focusing back on the road. “It’s my business, and I’m still growing it to where I want to be. I work almost every day.”
It was a good thing Karl wasn’t there to overhear their conversation. Chris could hear his brother’s voice in his head going, look at that, someone just like you. Only, Chris used work to hide from his pain. But what was she hiding from? Hmm, something to find out.
His phone chirped, and he pulled it from his pocket. A picture popped up on text. Karl and Gloria in full winter ski gear with a backdrop of a sparkling white mountain and busy ski lift.
Thanks, bro was the text, and Chris couldn’t help but smile. His brother deserved this. He worked hard and had helped to pull Chris out of his own mind when he’d been in a really bad place all those years ago. He owed Karl a lot.
Looks like you actually know what you’re doing. Be careful. He sent his message and pushed the phone back into his pocket.
May glanced at him but didn’t ask. “This first venue is what I call a log manor. It’s huge and exquisitely rustic. I think you’ll like it. I would recommend we look at the other three I have lined up as well, but I believe this one holds the most promise for what they want. It’s not as big as I would like it to be since I prefer there to be flex room just in case, but it will accommodate the size group they’ve specified. There’s also a great kitchen and the caterer that I managed to get has cooked in it before, which is a huge bonus in moving this along smoothly.”
“You have a good eye, so I’m sure it will be just what we need. I’m interested to see it.”
She stopped at a red light and stared at him.
Why was she looking at him so dumbfounded? “What?” he asked. “Did I suddenly sprout another head?”
“No. You gave me a compliment.”
Ah. “Well, don’t let it go to your head. And stop staring at me. The light is green.”
She pulled forward. “I’m just shocked you had it in you.”
“I fully plan to continue to shock you throughout these weeks, so be prepared.” 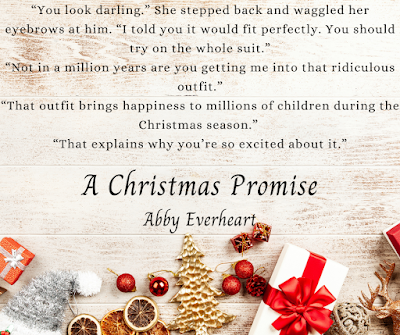 AUTHOR BIO
Abby Everheart is the nom de plum for a woman who believes everyone should be able to go on adventures and experience sweet romance from their favorite reading chair. Her favorite part of the day is at night after work when she can sit down and put pen to paper crafting characters and stories she hopes you will love.
You can find her at abbyeverheart.com or follow her on Goodreads https://www.goodreads.com/authorabby or Bookbub @abbyeverheartauthor.
AUTHOR LINKS
WEBSITE
GOODREADS
BOOKBUB
NEWSLETTER
+ FREE BOOK!
AMAZON 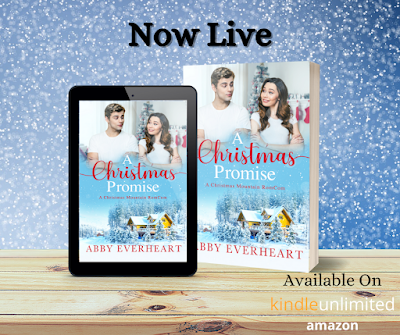